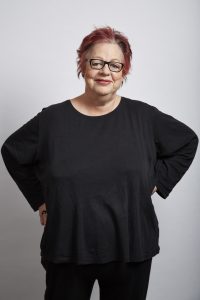 It’s Your Choice, is thrilled to have gained the support of comedian, writer and actress Jo Brand.

Known for her work with charities, particularly in the mental health sector, Jo Brand was only too happy to lend her support to the work of It’s Your Choice on a variety of issues facing young people.

“It’s Your Choice is a fantastic charity, which each year supports around 3500 young people aged 12-25, living in and around the New Forest area. Now in its 30th year, It’s Your Choice helps young people with a range of issues including homelessness and mental health. Never has the work of such charities been more important and I am delighted to be associated with this one.” 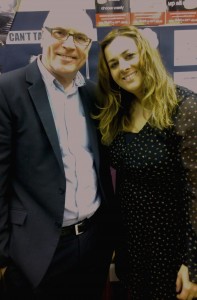 Rumer first visited the charity at its Totton base in December 2014 and has since become the charity’s Patron, pledging to support It’s Your Choice in any way she can.

Rumer was highly impressed with the charity’s work and feels local people need to get involved, saying:

“Supporting this charity is in New Forest residents best interest as disengaged and unsupported young people, who are suffering with mental health, homelessness and substance abuse problems, simply cannot contribute positively to their community”

Originating from the New Forest herself it was very important to Rumer to see what was being done to ensure that our young people have the best chances in life.

Donate to IYC via CAF Donate